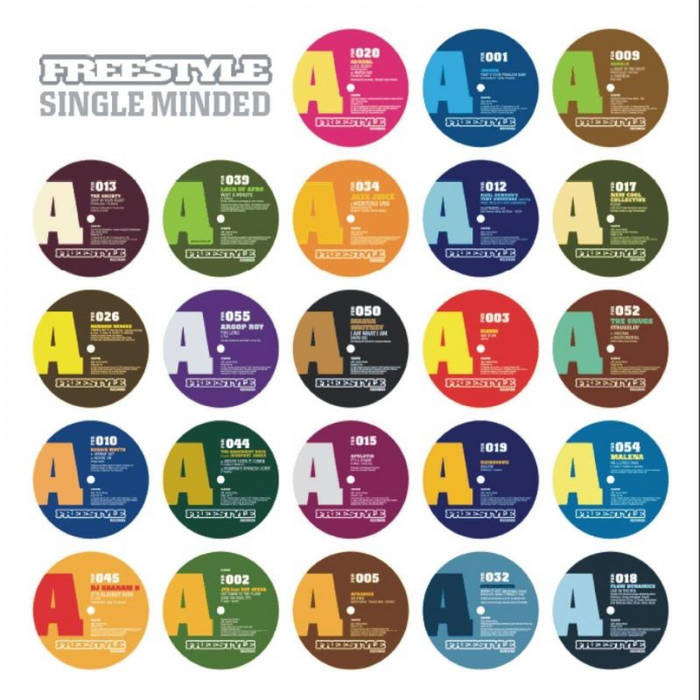 In the words of Adrian Gibson:
“When I started Freestyle Records in late 2003 it was initially just as a way of getting tunes that I was playing on CD-R out to a wider market. It seemed strange that no-one was picking these tunes up for release. Admittedly they were all extremely unfashionable at the time – not a broken beat in site! The sales for the first release reflected this. The initial ship out of the Jaguar “That’s your problem Baby” 12” was less than 100 copies! The next few singles did better and eventually word got out about this strange label releasing all manner of different sounds rather than sticking to one genre. The first releases were Icelandic Funk, Disco, Funky Hip Hop, Jazz Dance, Afrobeat, Latin & Future Soul.....and that was just the first batch of singles.

The release schedule has been frantic ever since then. Five years later we are about to release our 140th recording. His is a number most other labels would struggle to keep up with in a decade. Nevertheless, the records are coming out quicker than ever and I like to think the different sounds released have influenced the market with a host of similar labels coming up in the past half decade. To celebrate 5 years of the label we thought it would be best to showcase some of the 12” singles which, for the most part, only ever came out on vinyl. Here they are on CD for a different audience to enjoy.”

Set up in 2003, Freestyle Records has spearheaded the resurgence in funk, jazz, soul, latin, reggae and more - proving to be one of the most prolific and well respected record labels of the last decade.

Bandcamp Daily  your guide to the world of Bandcamp

Featuring appearances from Kari Faux, Bluestaeb and and interview with NY-bred artist Wiki